I made the graph below for a short talk I gave about the TV series “Columbo”, which I think is a marvellous programme. The point was to depict the typical structure of the show for people who didn’t know it: the substantial blue section of each bar (before Columbo first appears) usually just consists of the murderer going about the crime, so you know exactly how it was committed and by whom. The red section of the bar is the part where you see Columbo trying to figure everything out. (People sometimes say this is makes it a “howcatchem”, not a “whodunnit”.)

Anyway, I thought it might be nice to put the graph online, which is most of the point of this post, but thought I might add a few notes about why I like Columbo so much.

Update (2017-10-22): I’ve fixed an error in Columbo’s first appearance time for “Candidate for Crime”, kindly spotted and pointed out by @columbophile!

I think Columbo suffers rather from so many people remembering its clichés (e.g. his basset hound (“Dog”), the cigars, the raincoat, “just one more thing”; his never-seen wife) but not necessarily the things that made it a powerful show.

For me perhaps the most important of those is the way that class, power and wealth are treated on the show. There’s a joke on a Columbo podcast I sometimes listen to that he must work in a special department of the police force where he only deals with crimes of the very wealthy and privileged. And indeed, the privilege of the murderers is frequently emphasized by Columbo; in one scene he literally tots up the value of someone’s house and possessions and works out with them how many years he’d have to work to afford them – and yet this is without bitterness, and he never drops the persona of the enthusiastic and respectful fan.

The awfulness of the murderers in Columbo is compounded by this dynamic; they consistently have an extraordinary sense of entitlement, believing they can get away with anything because of their position in society, and have absolutely no regard for the apparently down-at-heel detective. (This makes the inevitable point where they realise how badly they underestimated him all the sweeter, of course.)

I think this partly resonates with me so much because, while I’m undoubtedly incredibly fortunate in my situation in life, my job is to work on projects that try to increase the transparency of institutions that affect our lives and try to hold people in power to account. This is difficult, frustrating work, and it often seems (particularly in the political climate at the moment) that the successes are overwhelmed by the setbacks.

But the world of Columbo isn’t like that: it’s a fantasy world in which someone who appears powerless succeeds 100% of the time in holding the powerful to account – no matter how rich they are, or how well connected, or even if they’re his own deputy police commissioner. And he does that all while being respectful, polite and enthusiastic.¹

I could write a lot more about what makes the show important to me, why I admire the character of Columbo, and the various flaws I perceive in the show, but I’m trying to get some blog posts actually finished at the moment, so I’ll just leave you with some photos of Peter Falk throughout the 35 years that he played Columbo , and a list of the occupations of the murderers in the series. 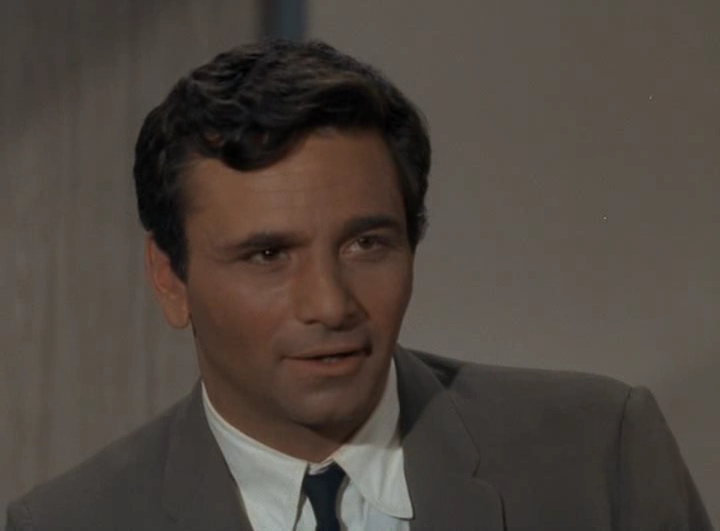 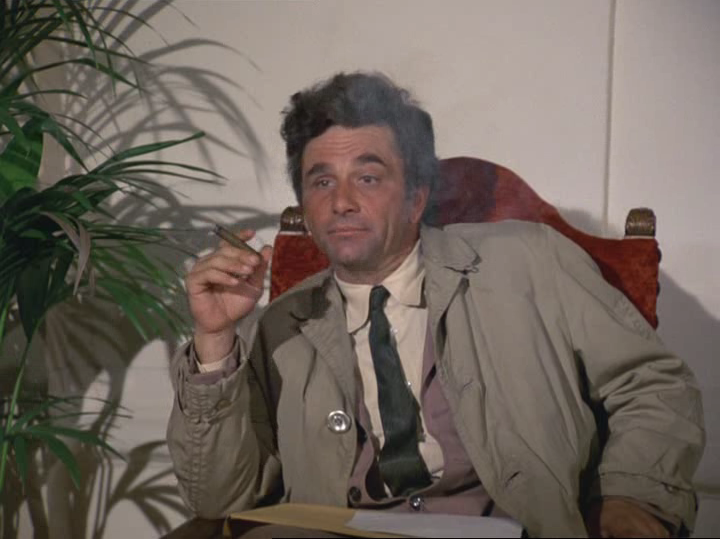 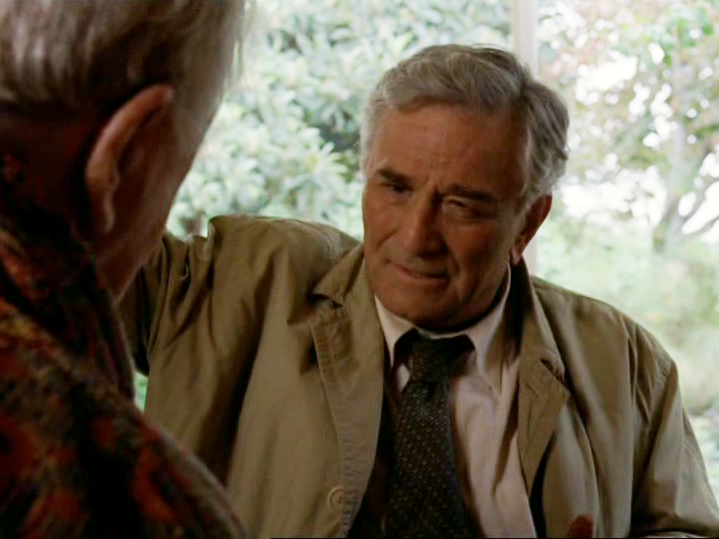 ¹ If I remember right, Zack Handlen made this point well on the Just One More Thing podcast.

With the help of Wikipedia I made this list of the occupations of the murderers on Columbo. (Note that quite a few of them are “[occupation] to the stars!” where there wouldn’t otherwise necessarily be the required difference in social status :))

3 thoughts on “When does Columbo first appear in each episode?”