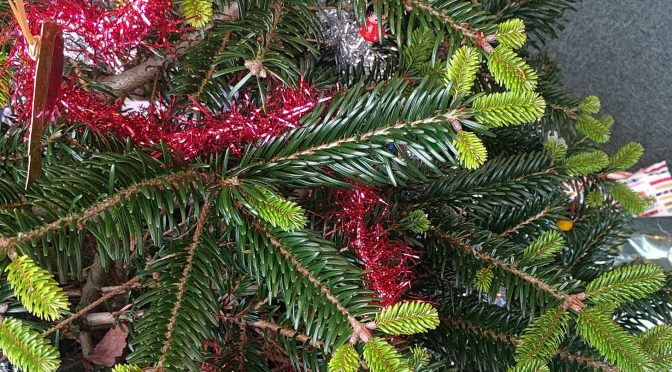 2017 was a pretty crap year in lots of ways; I tried to write quite a broad review of what went well and badly from my point of view in order to take stock, but that very rapidly sprawled, so I’ve cut that draft down to this post, which is about mostly about cultural things that I enjoyed in the last year.

There are few things that give me so much pleasure as cinema, and so it’s rather disappointing that I didn’t see many new films in 2017. (I’ve been keeping a list of things I want to see, and added more than 50 films over the course of that year…) However, of the things I did see, my favourite films released this year were:

They’re all amazing (in very different ways!) And I also really enjoyed:

The best film I saw for the first time this year, but which was released before 2017, was:

The biggest cinematic disappointments for me last year were:

There’s so much amazing television around at the moment, I can’t keep up at all. For what it’s worth, though, the favourite new things I saw this year were:

(Both are on Netflix.) The series I’ve most re-watched this year are:

They’re both so full of joy for me, and frustratingly I seem to be really bad at getting across to people why. (Random aside: I wish people wouldn’t put so much emphasis on the paintball episodes of Community – they’re fine, but basically nothing to with what makes the series so great overall.)

It’s been a while since I wrote my last summary of interesting things I’ve been reading, and I’d like to do another one soon. However, just to pick out a couple of recent highlights, I’ve probably got most enjoyment recently out of re-reading Jane Austen – in particular Persuasion and Sense and Sensibility. On that subject, John Mullan’s “What Matters in Jane Austen” was great to read around the same time.

Although it might be barely detectable, I’ve been trying to write a bit more on this blog, publishing 7 posts last year, up from just 3 in 2016. Of these, the one that took by far the most work was on postcode boundaries. Probably the most delightful thing that happened related to this blog is that someone (@columbophile on Twitter) actually spotted an error in my silly Columbo data visualization and tweeted about it after I fixed the mistake :)

Very helpful graph here showing how far into each #Columbo episode the Lieutenant makes his appearance! https://t.co/gq8kWDmHyh via @mhl20

I do enjoy writing here, and I’m trying to do it more. I have a long-planned post about Python’s mock library in the works, which is probably top of my list. And similarly I’ve been thinking about a long post about The West Wing for ages, which I’d really like to get done.

The highlight of the year for me for board games was a lovely weekend away with some friends to play some games.

The game I’ve most enjoyed this year is:

It’s interesting strategically, but doesn’t feel stressful to play, perhaps because of the lovely theme. And I love games that involve tiling polyominoes anyway.

I haven’t played many computer games this year, but one of those that I did was one of the best games I’ve played in a long time (probably my favourite since Journey) – that was:

I also had a lot of fun playing Behold the Kickmen too :)

I’ve been doing a lot of indoor bouldering this year and I’ve been really enjoying it – it clears my head, it’s fantastic exercise and makes you feel like a superhero :) I’m climbing at about V3 to V4 standard at the  moment, I think. I hope that by working more on lower body flexibility and losing some body fat I can improve that somewhat next year.

I also did some more indoor lead climbing this year, learned to belay with a Gri Gri, and I’m hoping to start doing some outdoor climbing over the next year.

I’ve been mostly climbing at Vauxwall, which is a nice (and very conveniently located) bouldering wall in central London. They run a friendly competition every two months called “Vauxcomp”, which I’d recommend, with excellent music and great bouldering problems.

I haven’t done any big races this year (like another half marathon, or my first full marathon) but I’ve been running pretty steadily. I’m still doing parkrun every week I can, which is still a great way to keep at it and it’s nice to know some of the regulars a bit now. Injury-wise I’ve had a mixed year – I had a painful calf muscle problem which put me out for a while, but I’ve not had a relapse of that since starting doing these stretching exercises, kindly recommend by a colleague, before running.

My left knee has been hurting quite a bit about the 8km point of any run recently, and I suspect I’ll have to consult a physiotherapist about that.

I’ve started using Strava to track my running, and I’m quite liking the light social aspects of that.

I’m just coming to the end of two weeks off work – not for travelling anywhere, but just time spent mostly at home trying to relax and think about what I’m doing a bit more calmly.

This year has been a pretty stressful one at work, with me (unusually) having to work long days and some weekends, but we’re in a period of respite for the moment, and my lovely colleagues had been strongly encouraging me to take some proper time off (rather than just odd days here and there). One of the amazing things about working at mySociety is the organisation’s real commitment to discouraging people from working over 37½ hours a week. Sometimes it has to happen, though, as it has for me this summer, but most of us keep time-sheets (in Freckle) and at the end of each quarter, we get an email saying how much over that we’ve worked, with a reminder to take it as TOIL (Time Off In Lieu), which built up into quite a bit of holiday time for me.

We couldn’t go away anywhere, because Jenny couldn’t take time off, but I think this was for the best – I find travel stressful at the best of times, and everything I wanted to do was probably easier from home anyway.

Here are some of the things I’ve been doing over the last few weeks:

More broadly, I think it was good for me to have a bit of time to be more reflective about what I’m doing with life both in work and more generally. It wasn’t quite as calm as I’d have liked for this, but a lot better than the previous 4 months…

(The title of this post is a reference to one of my favourite Underworld songs: Two Months Off.)